What do Ghoul School, Woolworths and Jeff Brazier have in common? 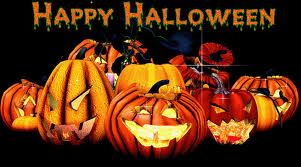 Simples.............Jeff Brazier has been recruited by Woolworths.co.uk to become the Head Teacher of a Halloween venture called Ghoul School to find the scariest kids in the UK!!

Kids from all over the UK are being asked to don their best Halloween outfits including their 'scariest faces' and 'monster attitudes' for the new online event to find a 'Head boy and girl' through a series of tasks at the Ghoul School. Head Teacher Jeff with be helped by his monster team 'The Woolies' to help him on the day! 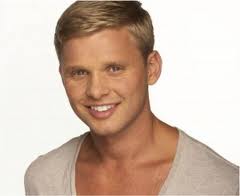 So how do I know all this?

Well I had the opportunity to interview Jeff about this venture in conjunction with Woolworths.co.uk.
I have never interviewed anyone before, so to say I was a bit nervous was a huge understatement!! But I thought that I would take note of all the 'self help' style jargon and 'feel the fear and do it anyway'!!

However, I needn't have worried in the slightest as he was an absolute pleasure to chat to. In fact he made the job easy for me as I had finally met someone who could talk as much as me!! he was really down to earth talking about the new venture with Woolworths, how he enjoys celebrating Halloween with his boys, how he tries to 'recycle' some of their sweets they get Trick or Treating and save them from rotting teeth!!


Anyway I thought I would share a few of the questions with you and then I have been brave enough to include the audio of the interview with you!!!

1. Don't be too critical as it was my first ever interview!!!

3. No leaving comments telling me I sound like one of the kids off 'Why Don't You' (those readers of a certain age will remember the programme!!)


Do you dress up and try and scare away the kids Trick or Treating at your door?

No, I dress up and go out with the kids and everyone knows that it's me where I live, if you get what I mean, and my door is probably busier than most. So I think they assume that because I work on television that I've got a shed load of sweets and a shed load of money, and neither of those statements are actually true. But no I really do need to stock up and I know where I will be going to get the sweets as well.


For the kids who want to get involved with the event what exactly do they have to do?
Ok, so what it is, is a one off event actually run by Woolworths.co.uk the Ghoul School is their creation and we've basically found a wonderful manor house, a Tudor mansion up in Liverpool called Speke hall, and we would like 10 finalists to join us where on the day we'll play lots of challenges, play games and basically try our very best to find our Head Boy and Head Girl.
Kids have until Sunday to get their entries in. What they need to do to prove that they are the scariest kid in the UK, they need to dress up and get their face paint on, and they need to be as scary looking as possible and parents need to send their picture by email to Woolworths@thebrooklandsbrotherspr.com with 140 words explaining why the kids think they are the scariest in the UK.

But to hear the interview in full just click on the link below to download and listen. He talks about all things Halloween, his kids and sweets!!!!

**REMEMBER CHILDREN ONLY HAVE UNTIL SUNDAY TO ENTER**
Posted by mum in meltdown at 15:08